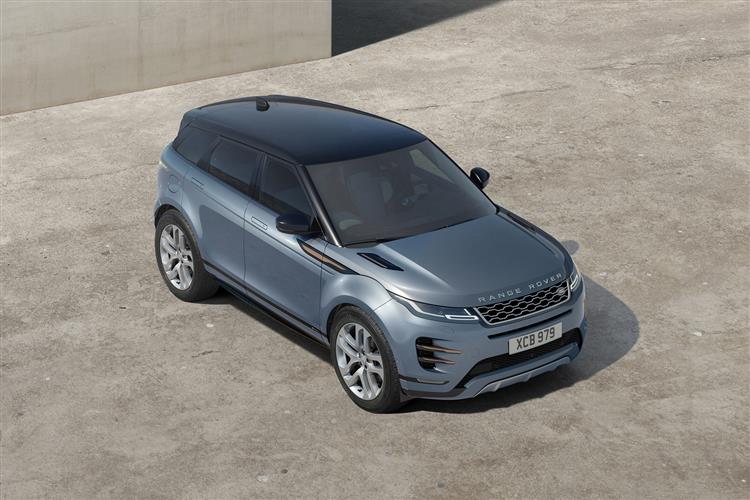 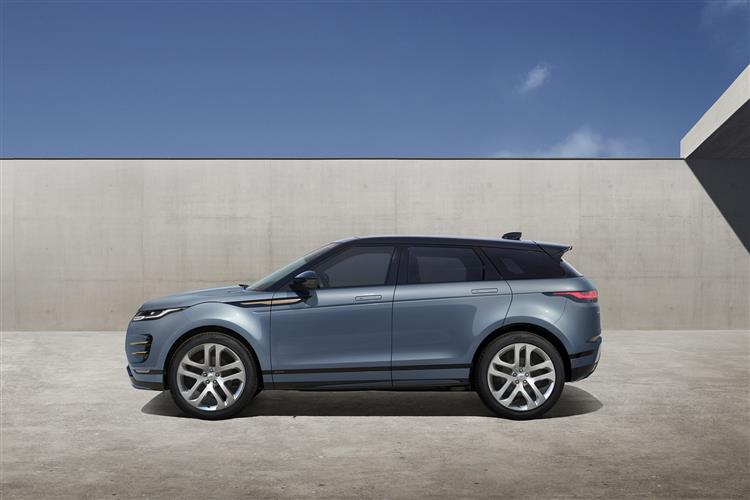 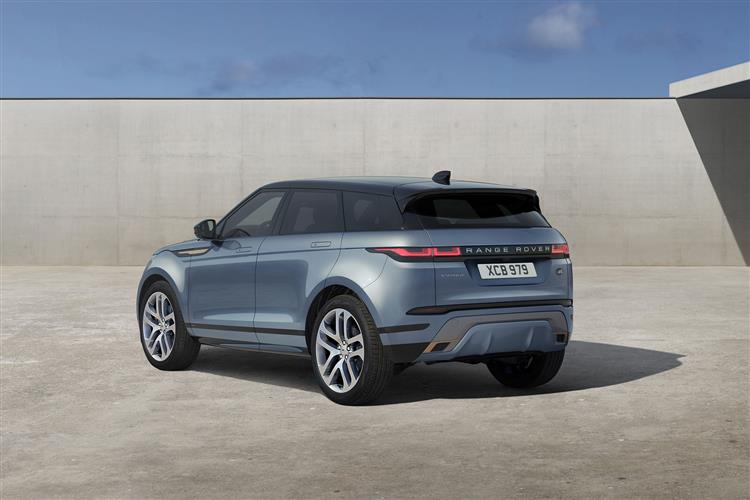 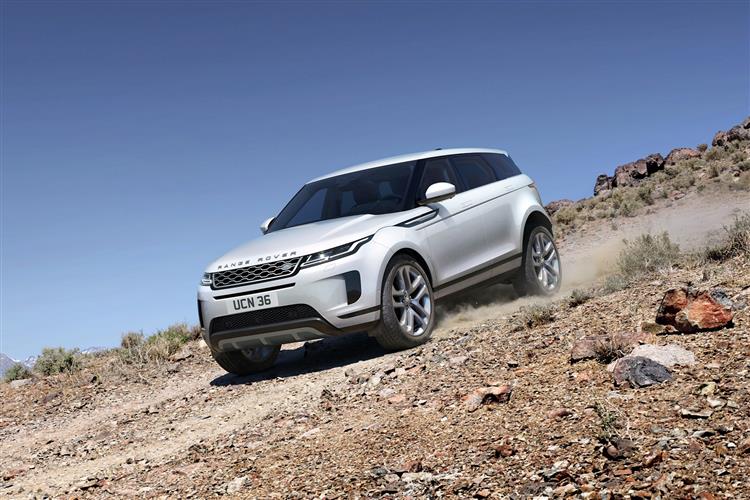 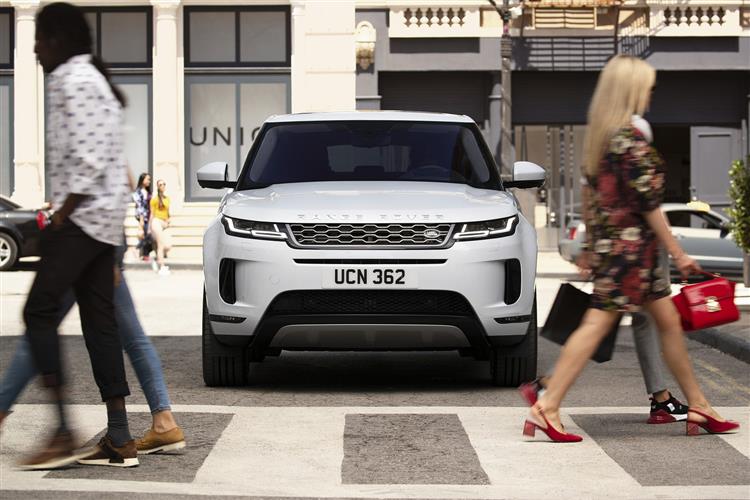 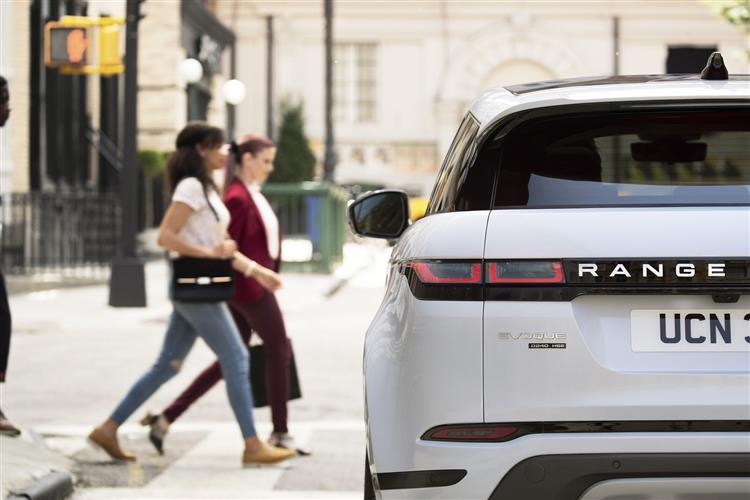 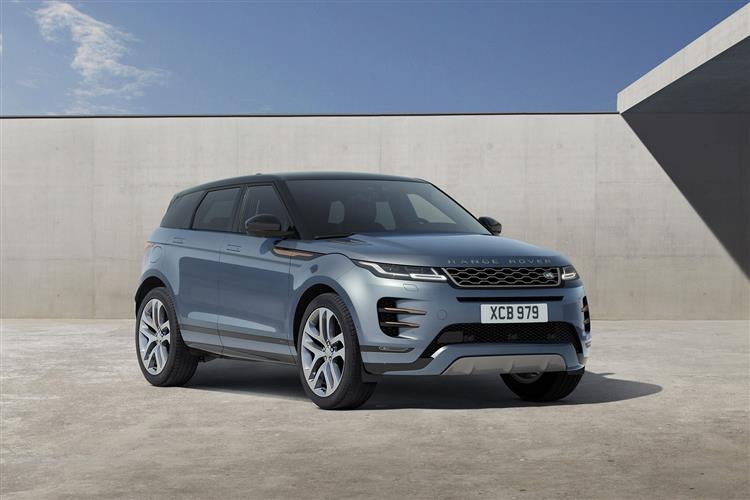 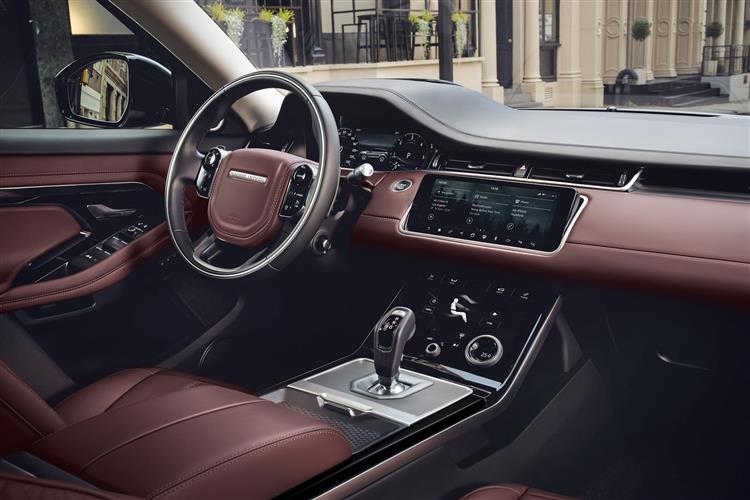 In recent times, the picture's not looked too rosy for Land Rover. The company's been wrong-footed in the dash away from diesel and now faces increasing SUV competition from every part of the industry. Hence the need for this rejuvenated second generation version of its Evoque premium compact SUV model. The visual continuity with its predecessor is intentional, disguising the fact that almost everything's changed here. Starting with a new 'Premium Transverse Architecture' platform that makes possible a whole new range of mild hybrid engines, including the top D240 diesel version on test here.

If you want a fashionable small SUV that's good on the mud, there's nothing quite like a Range Rover Evoque. Jonathan Crouch tries the D240 version.

Thanks to a longer wheelbase, this MK2 model Evoque's more sophisticated 'PTA' chassis has a better shot at a brief its predecessor really struggled with; namely, straddling both the compact and mid-sized premium SUV sectors. It's still no bigger than a Focus outside, but there's now enough room inside for you to feel better about paying BMW X3 or Audi Q5 money for one. Which of course is as vital for Land Rover as the installation of the kind of more premium cabin you'd find in SUVs of that sort. That's now delivered by the single 5-Door body style now on offer, as well as a range of really clever design innovations, including a 'Clear Sight' virtual rear view mirror and a self-learning 'Smart Settings' system that adjusts the car to your preferences as you approach it. Some things haven't changed though: the Evoque is still easily the most capable car in its segment off the beaten track. In short, it's still a proper Range Rover. It's just that now, it feels a lot more like one. Let's put this car to the test in top D240 diesel form.

Don't be misled by the lightly evolved looks; an awful lot of work's gone in to evolve this second generation 'L551'-series Evoque model, especially under the skin. As soon as you set off in it, there's a heftier, more solid feel than the previous car provided, complemented by an altogether more absorbent quality of ride from a redesigned suspension set-up, with mechanicals derived from larger Range Rovers. The much stiffer 'Premium Transverse Architecture' chassis helps here, a platform which also makes possible the fitment of a fresh range of 2.0-litre petrol and diesel engines. We tried the diesel unit in its flagship D240 state of tune, which really would make a good tow car, with 500Nm of grunt; the performance stats are 7.7s and 140mph. In truth, this top diesel unit doesn't feel anything like that fast, the vehicle's rather heavy weight exacerbated by the gearbox's reluctance to shift down as quickly as you might want when a rapid burst of speed is called for. All is forgiven when you venture off the beaten track though. No competitor can hold a candle to the Evoque's prowess on the rough stuff. You'll damage any rival if you attempt to get it anywhere near what this little Range Rover can do 'off piste'. That's thanks to 212mm of ground clearance, 600mm of wading depth capability and an evolved 'Terrain Response 2' driving mode system which sets the car up perfectly for the type of ground you're travelling over.

You don't change a winning formula. The way the original Evoque looked was the major reason why so many people bought it. Stylist Massimo Frascella and his team did initially design a more radical concept for this second generation model, but it was quickly discarded on the basis of continual customer feedback that the established shape should merely be evolved. Perhaps though, with a little extra touch of Range Rover this time round; that earlier 'L538' model was originally destined to wear a Land Rover badge. This one though, which carries over only its door hinges from its predecessor, gains more than a hint of the maturity that marks out the next Range Rover model in the line, the mid-sized Velar. Inside, there's a big improvement. Once cramped and blandly trimmed, this lighter, larger, smarter cabin now at last has the feel of a fully-fledged Range Rover. The much higher quality of fit and finish helps here, as does a more mature level of design that includes the introduction of a 'pistol-grip' F-TYPE sportscar-derived shifter and a much wider centre console between the seats. Plus of course there are all the screens, Land Rover's 'Touch Pro Duo' set-up being standard-fit if you avoid the cheaper trim levels, with wondrous graphics and impressive configurability. Where these monitors feature, they're complemented by an equally customisable 12.3-inch 'Interactive Driver Display' replacing the usual instrument binnacle dials. Rear seat space is reasonable and there's a decent 591-litre boot.

This time round, there's only a five-door body style - no 3-Door Coupe and, sadly, no Convertible either. Prices have risen of course - and a little more than you might think from a casual glance. Evoque prices start at around £32,000, but you'll need well over £38,000 to get yourself the least expensive version of the top D240 diesel variant which has to be had with auto transmission and AWD; it's more likely that a D240 buyer's spend would be at around the £45,000 mark. Trim trim choice is from 'S' to 'SE' or, as in the case of our test car, the 'HSE' grade - and you have to stretch at least as far as 'SE' to get the more sophisticated 'Touch Pro Duo' twin-screen interior you'll probably have admired in the showroom. Sportier 'R-Dynamic' sub-derivatives are available for an extra £1,500. These come complete with a whole lot of extra trim detailing - principally ribbed front corner outlets, bonnet louvres, a smarter front and rear bumper and valance design and, inside, metal pedals, an Ebony Morzine headliner and black gear shift paddles for the auto gearbox. Across the range, you can specify a Head-up display. Plus Android Auto and Apple CarPlay smartphone mirroring at last make an appearance. All variants get LED auto headlights, rain-sensing wipers, 18-inch alloy wheels, ambient cabin lighting, dual-zone climate control, and a heated windscreen.

They key stat you need to know here doesn't, for once, relate to fuel figures, emission readings or taxation status. It's this Evoque's exemplary residual value showing. Depreciation is one of the biggest costs of running a new car, yet it's the easiest one to forget in the excitement of choosing one. This little Range Rover model clings onto its value with class-leading tenacity, independent experts reckoning that a typical second generation Evoque variant will be able to retain up to 63% of its value after a typical 3 year / 36,000 mile ownership period. That's much better than most premium competitors in this segment can manage and it's the main reason why PCP finance quotations for this car are so relatively affordable. All of this is just as well because it partly compensates for some of the issues this car has when it comes to more usual running cost parameters. Let's get to the key one. Weight. This MK2 Evoque's new 'Premium Transverse Architecture' platform allows Jaguar Land Rover's smaller models to become more technologically sophisticated, but it's still steel-based and contributes greatly to a kerb weight that on this top D240 approaches 2.0-tonnes. That explains relatively mediocre returns up to 40.4mpg (WLTP) and up to 163g/km (NEDC). In this test, we averaged a mid-30's mpg figure and were getting around 300 miles from the 54-litre tank.

We're short of British success stories just at present, but the Evoque model line is one of them. Land Rover reckons the original version of this car pioneered the compact SUV segment. It didn't of course, but it did redefine what a premium model in this sector could be. This second generation Evoque is as stylish and capable as its predecessor, but manages at the same time to be much more of a 'Range Rover'-style product, making more accessible the class and cutting-edge design of the larger Velar. It's even more desirable as a result, especially in this D240 guise. Ultimately, what we've got here is a welcome step forward in Evoque development. It'll please those who liked the original, but it might also charm folk who didn't. Whichever camp you're in, if you need to match style with substance in a small SUV of this sort, it's hard to think of a better place to start your search. 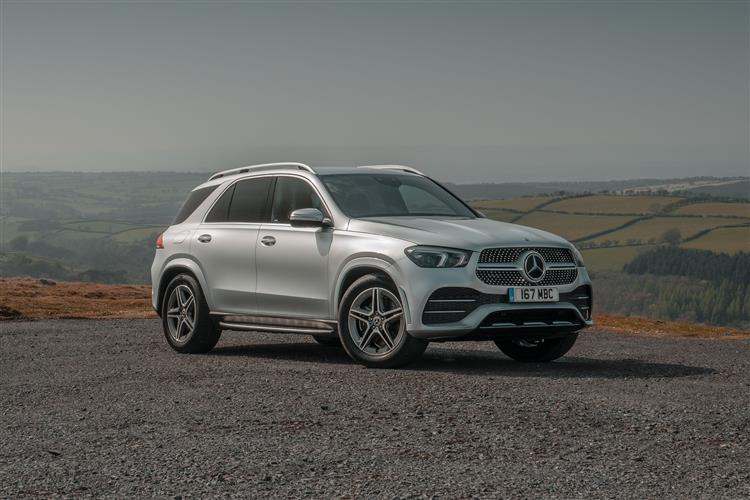 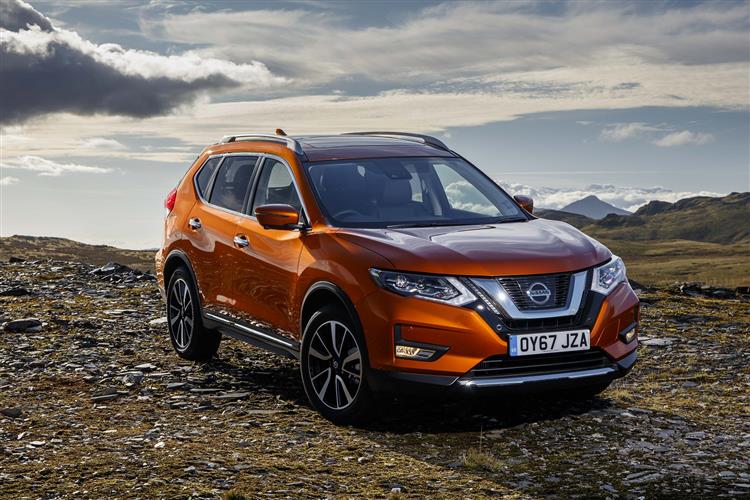